Right after leaving “The Rock”, where I took some Sunset shots of the Big Apple, I went ahead to the famous Times Square.

I remember, in University we saw a documentary about Adorno and Horkheimer’s Dialectic of Enlightenment and about their exile in the United States. They were also talking about their cultural shock, when they were facing the ‘American Way of Life’ and metropolises full of advertising and cars. As a traveller and even used to big cities, but finally arriving at that street, I could slightly understand their point. 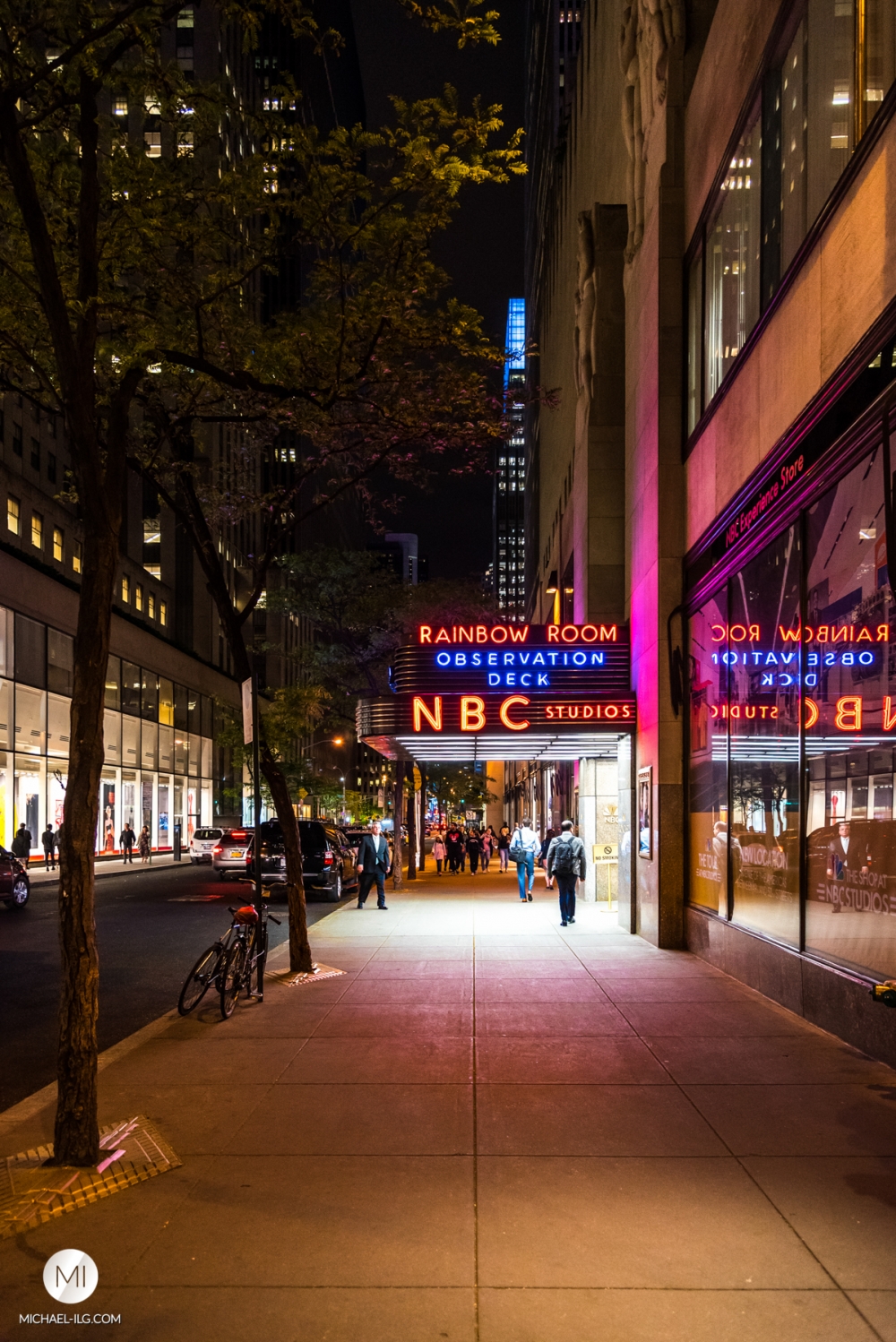 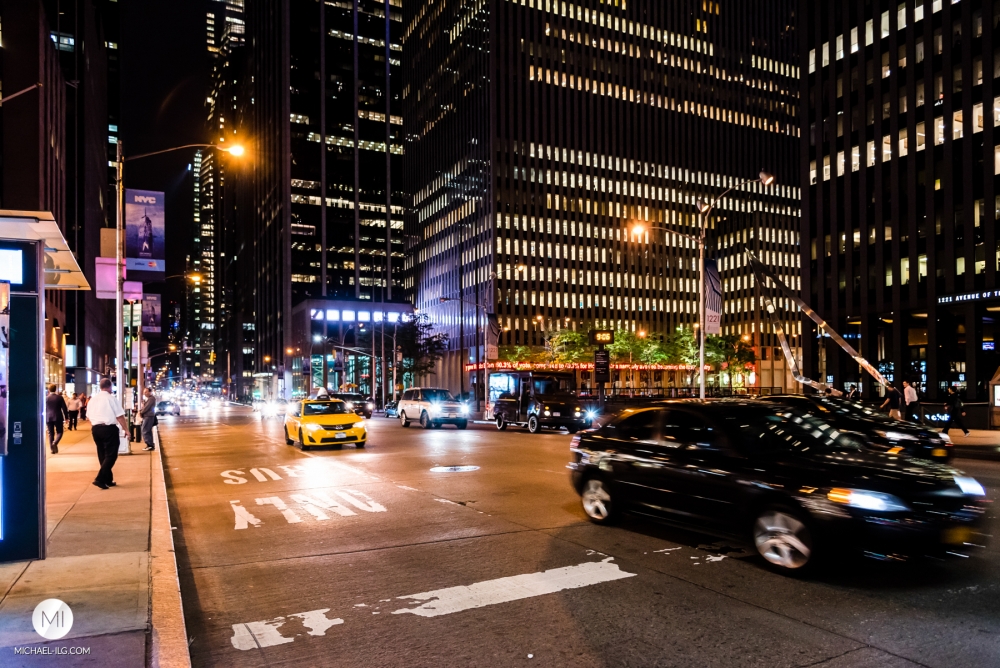 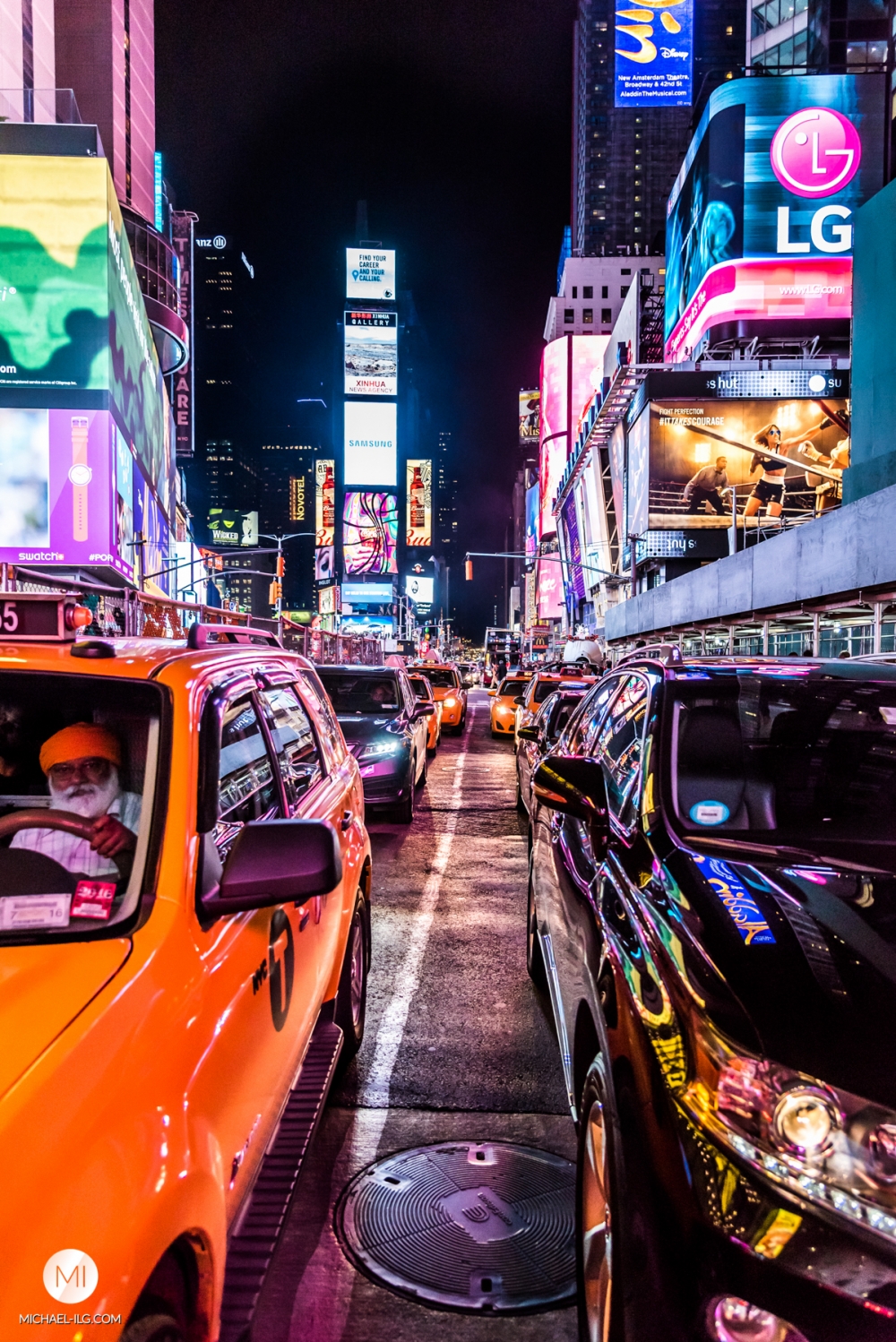 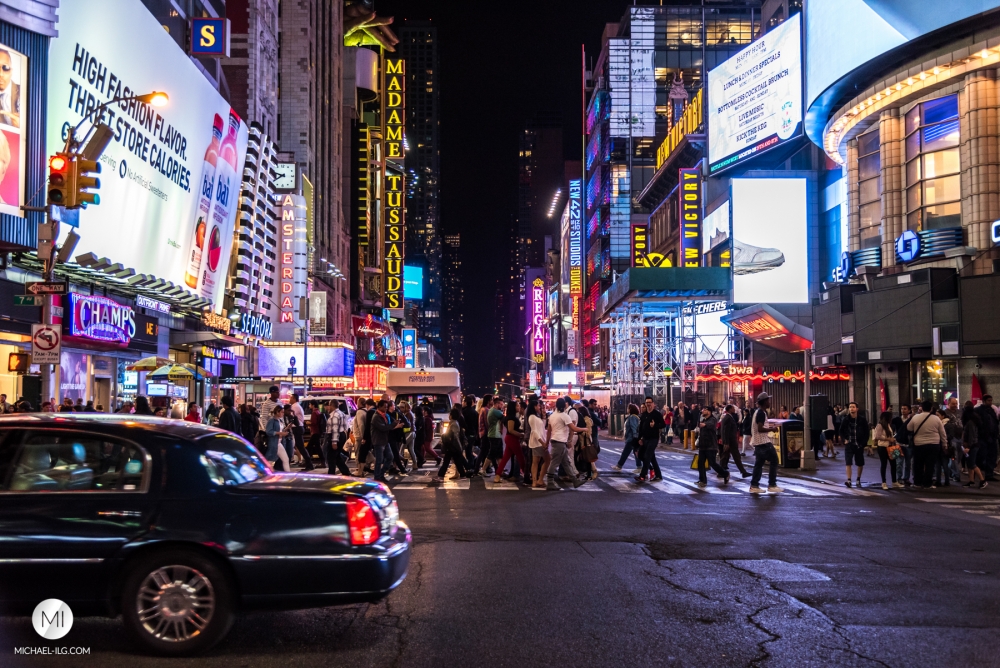